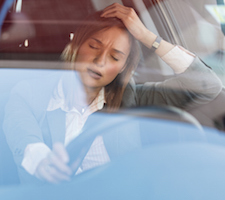 In 2018, the average commute to work was at an all-time high.

America already holds the dubious distinction of being the most overworked country in the world. 66.5 percent of women work more than 40 hours a week, while 88.5 percent of men work.

As if working long hours weren’t enough, commutes are often longer than they should be. The U.S. Census Bureau estimates that the average commuter to work took 54 minutes per year (225 hours) according to their 2018 report. The forecast for business air travel in 2022 is that it will increase from 462 million domestic trips annually to 499.4 millions.

The Center for Justice & Democracy’s (CJ&D), in its blistering report titled Planes, Trains and Automobiles – And Other Transportation Hazards, has more bad news for America’s beleaguered workers. Corporate interests are more concerned with profits than the welfare of the public, while the government agencies that enforce these protections ignore them. Safety and legal protections are being increasingly attacked by corporate interests. These are the top takeaways from this report.

Outsourcing safety regulations: Since years, the government has delegated oversight responsibility to airlines manufacturers in order to reduce bureaucracy. In recent years, this process has been accelerated making it easier for manufacturers to bypass federal safety regulators.

Too many near-misses: NASA’s Aviation Safety Reporting System discovered that there were more than 130 near-misses at airports every day. Most of these incidents were not known to the flying public, or residents living nearby.

Low-cost airlines: These airlines cut costs by offering low wages, long hours and unqualified captains. They also offer antiquated aircraft and a variety of safety risks, such as unsafe flying.

Slow implementation of safety technology. In 2008 Congress passed the Rail Safety Improvement Act. It set a December 31st 2015 deadline for positive train control (PTC), technology on all 30 commuter lines and Amtrak. Despite the fact that PTC was not implemented quickly by the industry, fatal crashes have continued to occur in the years that have followed.

Rail cars that are out of date: A combination of an aging fleet and unsafe repairs has led to rail cars that do not meet crashworthiness standards.

Forced injustice: Amtrak quietly added to its ticket purchase agreement a loophole provision known as a forced arbitration clause in January 2019. Any type of legal dispute, even those involving accident victims or their families, will be resolved secretly by Amtrak rather than having to appear before an impartial judge or jury. Passengers are unaware that they are giving up their rights when they purchase a ticket. 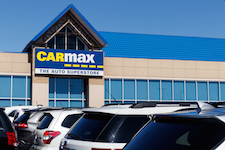 Tidal wave in auto recalls: More than 280 million vehicles were recalled over the past 10 years. Unfortunately, recall completion rates range from 70 to 75 percent. This means that more than 70,000,000 vehicles remain on the roads with open recalls. Automakers have repeatedly placed dangerous and defective vehicles on the roads in excess of 100 million, often months or even years after passengers, drivers and other people were injured or put at risk. Federal watchdogs have not done enough to hold automakers accountable.

Unregulated used cars: About 75 percent of all vehicle sales are made from used cars. Federal law allows customers to purchase vehicles with known safety defects and open safety recalls. One in four vehicles sold by CarMax, the largest used vehicle seller in the country, had unrepaired safety issues, according to a 2017 study.

There are more dangerous trucks and buses on the roads: The number of fatalities in collisions involving large trucks and buses has increased 11 percent between 2013-2018. Trucking companies that are not trustworthy encourage drivers to speed or drive while fatigued. Some skip proper brake repair and maintenance.

You can download the complete CJ&D report right here. If you or someone you know has been hurt while traveling for work, whether it be by road, rail, or water, don’t hesitate and contact us to learn more about your legal rights. A car collision with a motor vehicle or a crash is frightening. This is especially true on Atlanta’s freeways and roads. It is crucial to understand your rights and take the right steps to protect yourself and your family and to make a claim against your insurance company. These are some quick and simple tips from Adkins Law firm that will help you get through an unfortunate event such as a car accident case. Adkins Law Firm in Atlanta is your Atlanta Car Accident Attorney.

It is okay to notify the authorities about an accident. You should immediately call the police after an accident. This is especially important if there are any injured people or if you have been injured. Paramedics and police need to be there quickly so that they can get to you as quickly as possible. Tell the police your story and make sure the officer records your statement. It will make sure that your story is heard and that all facts are included in the police reports. This will minimize any potential harm to your case and you.

For your insurance company to process your claim, you will need a copy of the Police Report within 3 to 5 business days. You should get a copy the police report for your records. The report will usually be available within 3 days. However, it is best to not wait more than 5 days before you get it. The report can be obtained either at the police station or online. For a small fee, you can get your police report online at www.buycrash.com After you have received the report, you will need to review it and take notes about what information is correct and what you think is incorrect. Keep the police report and all other records in a separate file. John Adkins, your attorney will need the police report. John Adkins is your Atlanta Car Wreck Lawyer.

Keep any information from witnesses at the accident scene. They can prove to be very useful when dealing with an insurance company. If you can, speak with witnesses on the spot of the accident. Ask them for their contact information. This includes their email address and phone number. John Adkins, your attorney, will need this information to contact them and obtain their account of what happened at the scene. It is important as sometimes the officer won’t include the contact information of witnesses in the report. You may have more than one witness. This could mean that each witness might have a different view. John Adkins, your attorney, will need this information so he can talk with each witness to gather their testimony and observations.

These few reminders will help you protect your family and case so you can get the justice and compensation you deserve. John Adkins is available to help you with your motor vehicle accident case. Atlanta Car Accident Attorney